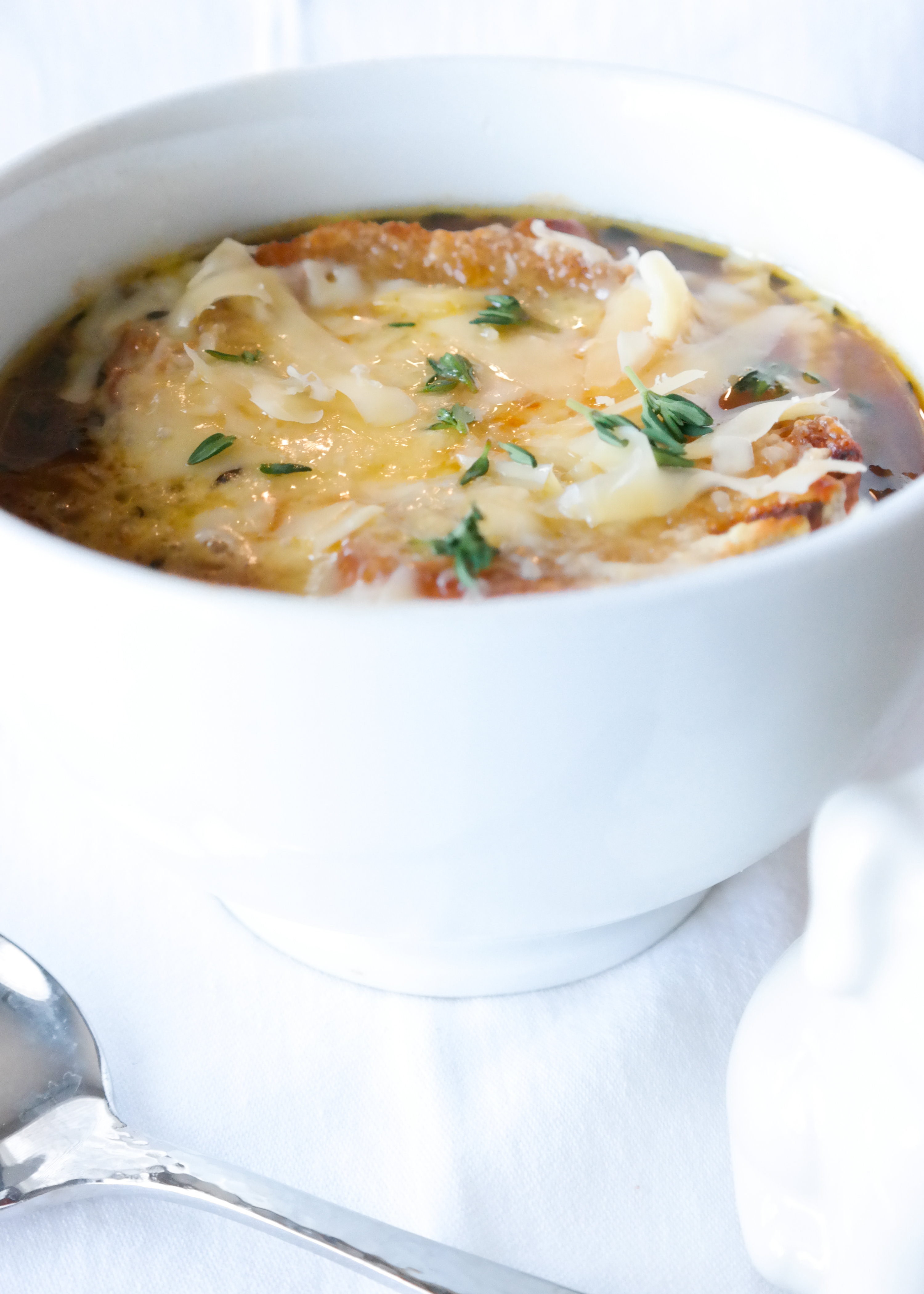 Who doesn’t love a beautiful bowl of French onion soup with its rich broth and gooey, melty cheese? Yum. My mouth is watering just thinking about it! This version is so easy, mainly because you really don’t have to babysit the onions while they caramelize. The slow cooker does all the work! 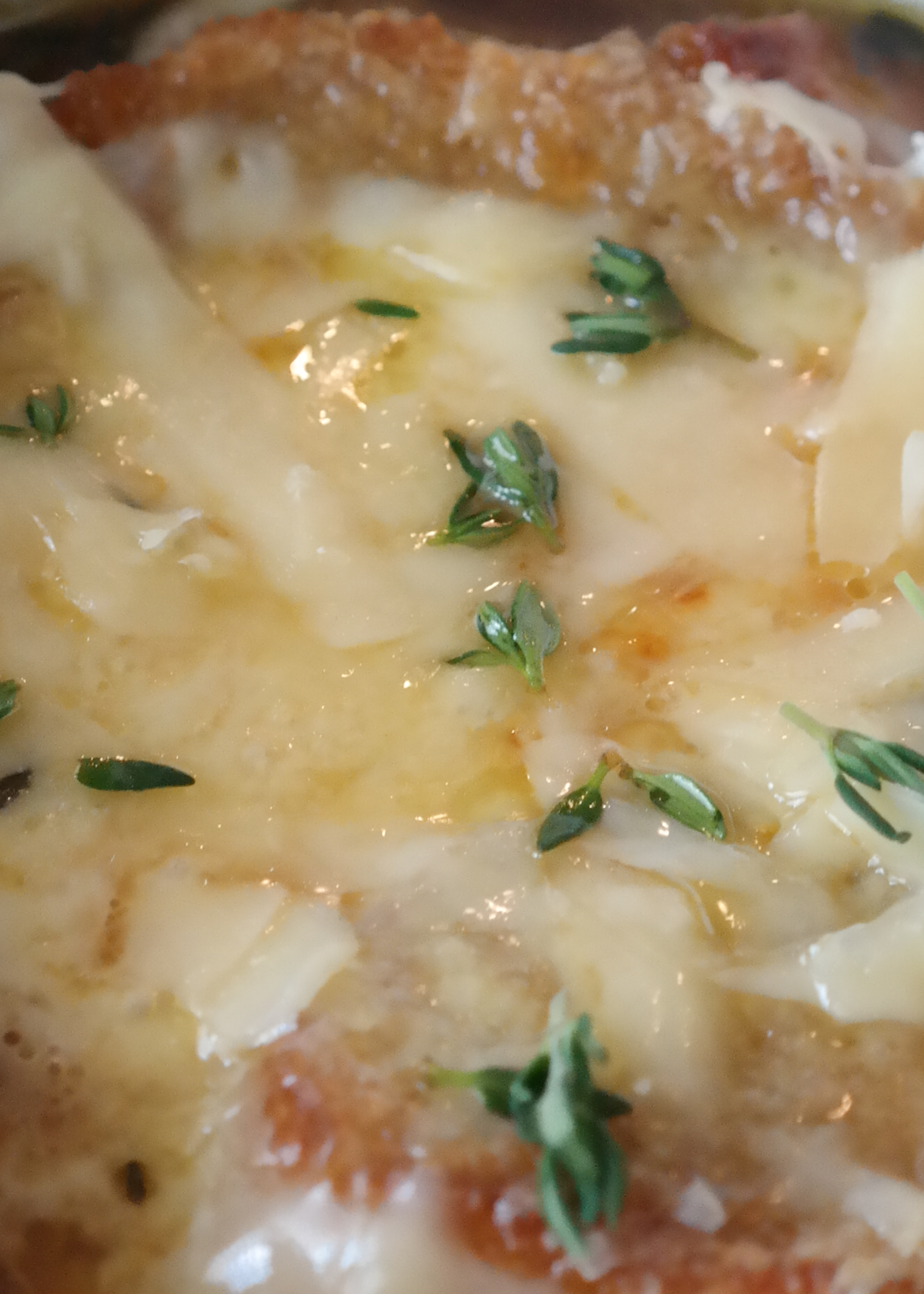 I’ve made this recipe with both vidalia and spanish onions and truth be told, I like spanish the best. As for the rest of the ingredients, chances are you have the majority already sitting in your pantry and refrigerator (except perhaps the gruyere-that doesn’t last long in my house)! Missing from the picture is cooking sherry, salt and pepper. 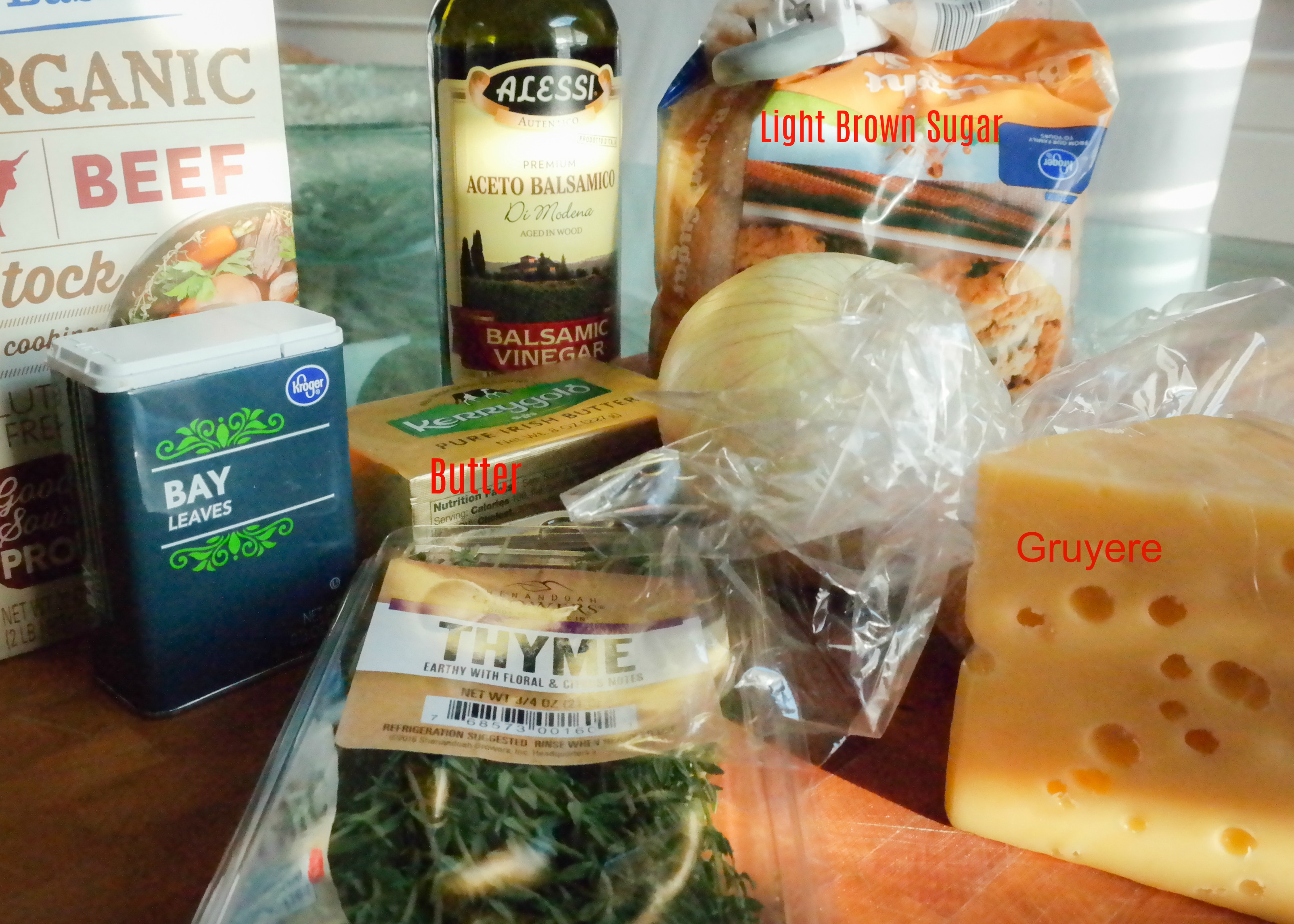 The first thing I do is pull out my slow cooker and turn it on HIGH and put butter in to begin melting. Then thinly slice my onions. I place those in the melted butter along with brown sugar, salt, pepper, bay leaves and sprigs of fresh thyme and mix them all together. This is where you forget it and let the slow cooker work its charm. The onions will release their liquid so technically, you don’t need to stir. I have a serious lack of impulse control for anything I slow cook, so after an hour or two, I open the lid and stir! Four to five hour later, I add the beef broth, sherry, balsamic vinegar and let the soup cook another hour. That’s the time where all the magic happens. 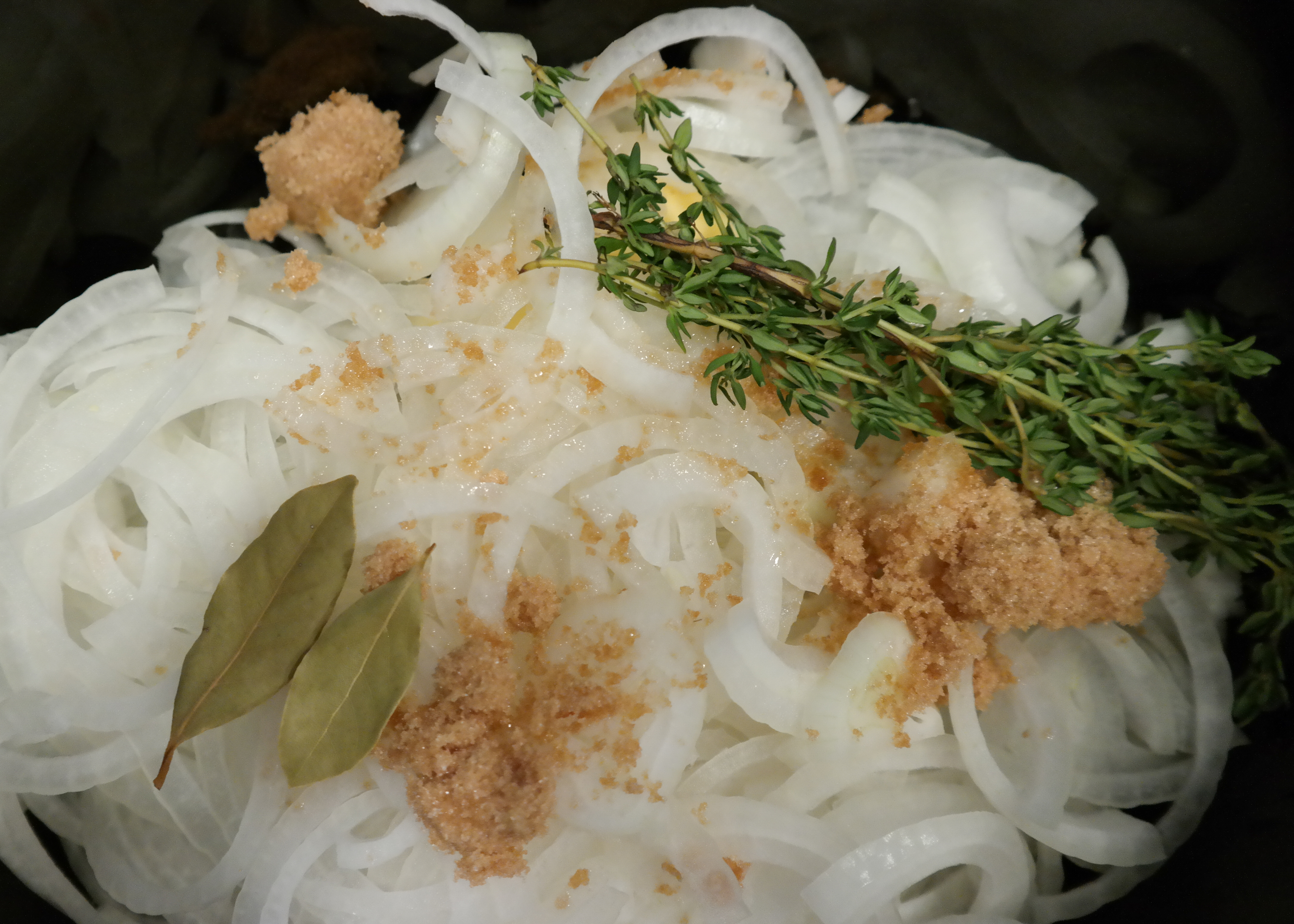 Then it’s time for the toasted bread and GRUYERE! Just a couple minutes under the broiler, you are then ready to serve up a decadent bowl of French onion deliciousness. 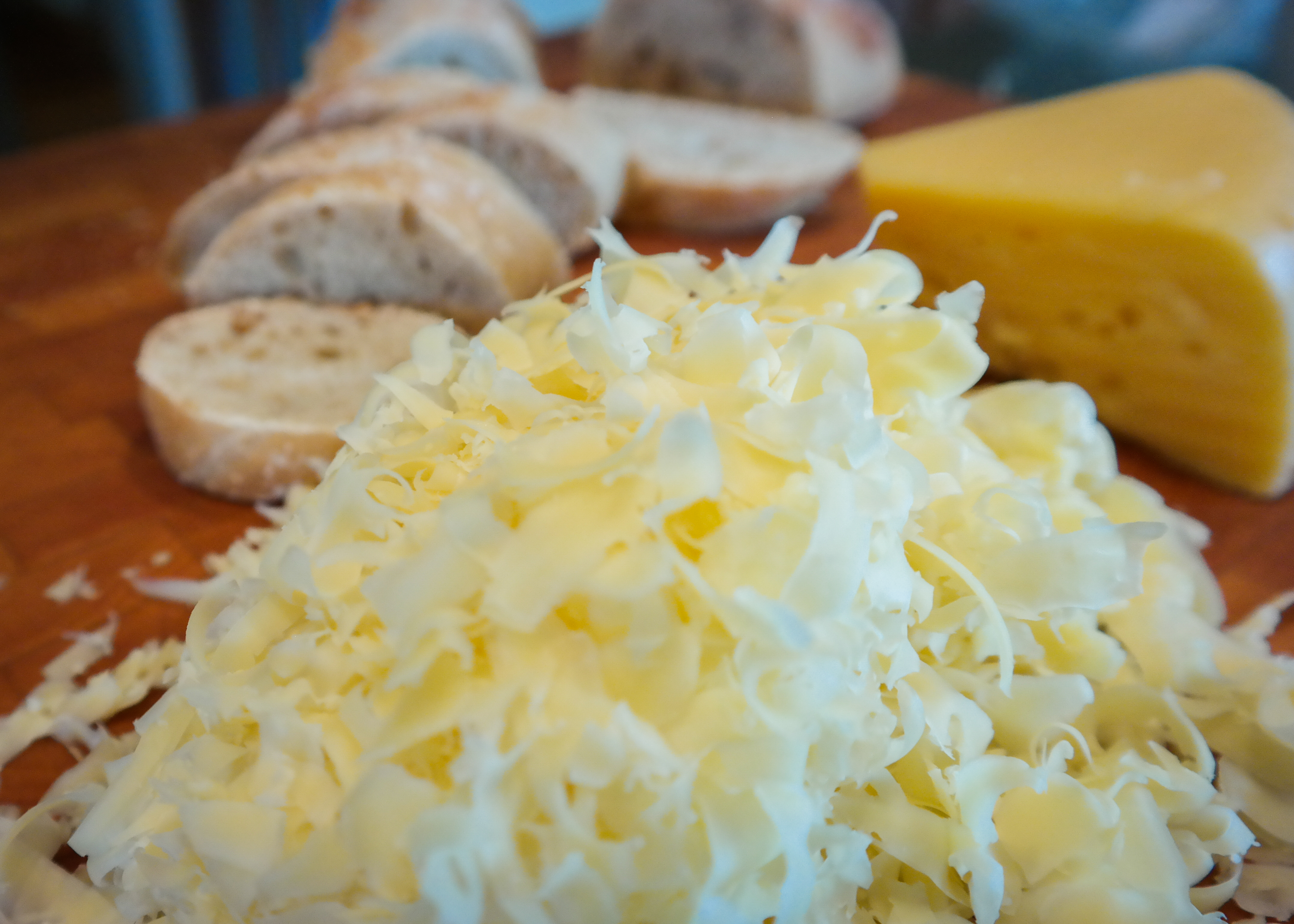 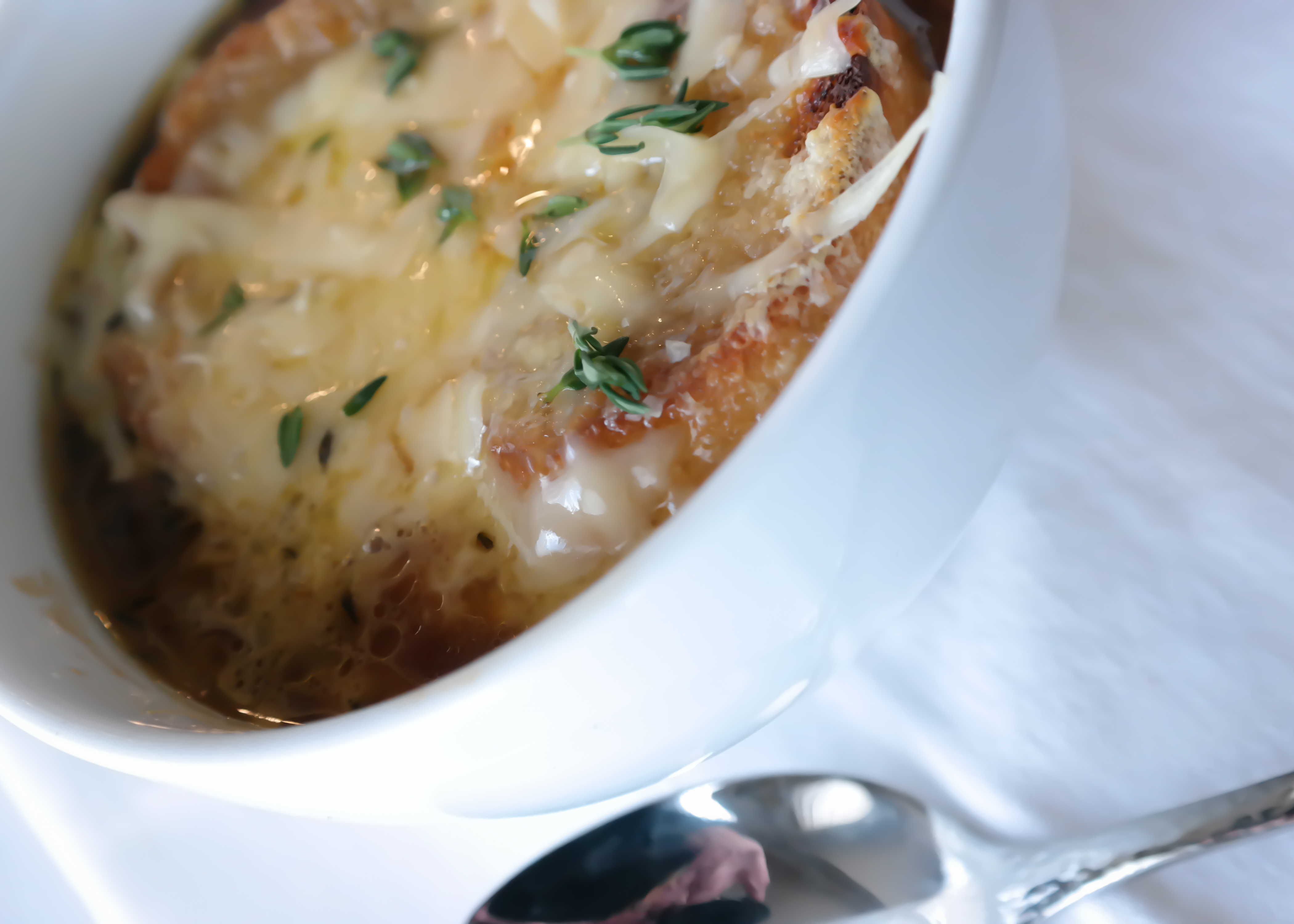